1. Imjingak Resort, the Bridge of Freedom 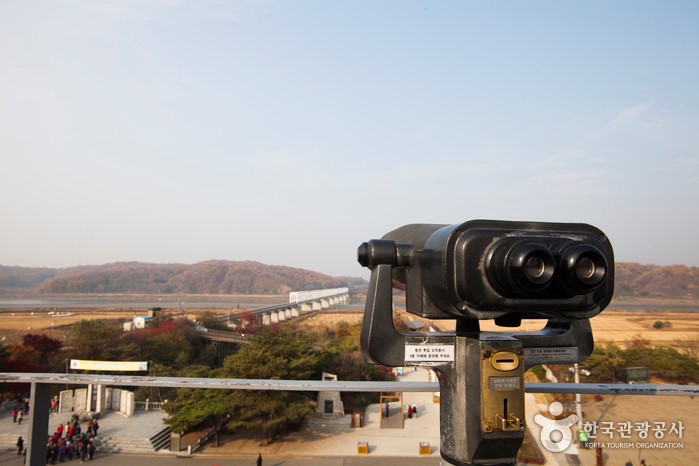 Imjingak Resort, located 7 km from the Military Demarcation Line, is now at the forefront of tourism related to the Korean War. Imjingak was built in 1972 with the hope that unification would be possible someday. The three-storied Imjingak is surrounded by several monuments, including Unification Park and North Korea Center.

Over 400 photos and documents showing the stark reality of North Korea are displayed in the North Korea Center of Unification Board. Outside Imjingak, there are 12 unique tanks and war crafts that were used during the war.

Mangbaedan Alter, which stands opposite to Imjingak, is famous as the place where Koreans who are separated from their families in the North visit to perform ancestral rites by bowing toward their hometowns every New Year’s Day and Chuseok (Korean Thanksgiving). The Bridge of Freedom, which South Koreans crossed over when they came back to the South from the North after signing of the Armistice Agreement, stands behind Mangbaedan Alter.

In front of Imjingak, there is the Gyeongui Train Line which was destroyed during the Korean War in 1950. Every year many events for unification are held at Imjingak. It is now one of the most famous DMZ tourist spots for foreigners because Korea is the only divided nation in the world. 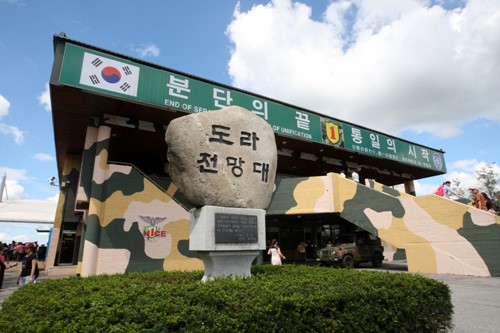 Dora Observatory is placed in Paju-si, Gyeonggi-do, at the northernmost point of the Military Demarcation Line. From the observatory, visitors can overlook North Korea and various locations including Gaeseong, Songaksan, Kim Il-Sung Statue, and Cooperation Farm (Geumamgol). The observatory offers 500 seats, VIP rooms, and abundant parking space. It was first opened to the public in January 1987.

Near the observatory is the Third Underground Tunnel, built by North Korea and found by South Korea in 1978. It stretches over 1.6km with a height and width of 2m, capable of mobilizing 30,000 troops in one hour. In front of the tunnel, there are a variety of attractions such as the DMZ Media Hall (offering the history of the divided country and flourishing ecosystem in the Demilitarized Zone), DMZ Exhibition Hall (displaying relics and documents related to the Demilitarized Zone), sculptures, and souvenir shops. Visitors can see inside the tunnel by either walking or riding the monorail.

Because civilian access is restricted in this area, visitors must participate in the DMZ Peace & Security Tourist Program (implemented by Paju-si) to visit the observatory. Visitors must carry their passport, which are examined at the checkpoint just beyond Unification Bridge. 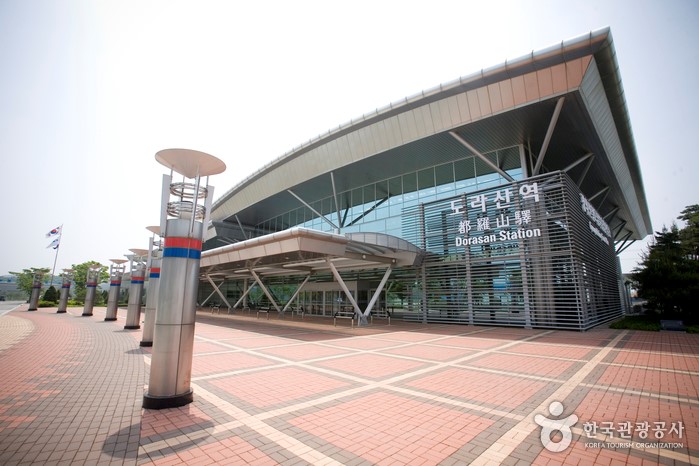 Dorasan Station, a railway station on the Gyeongui Line, is the northernmost stop on South Korea’s railway line. Located 56 km from Seoul and 205 km from Pyeongyang, the station was opened as a tourist attraction on April 4, 2002 right before the 2002 Korea-Japan World Cup.

Dorasan station can be reached by getting on the Gyeongui Line from Seoul Station. After presenting your identification at Imjingang Station, you can get on a train bound for Dorasan Station. Since it is the northernmost part of South Korea, Dorasan Station will also play the role of customs and immigration for visitors entering the South Korea through the station when the Gyeongui Line Railroad connection is completed.

Since this area is within the Civilian Control Zone (CCZ), visitors and tourists will only have access after presenting a valid identification document at Imjingang Station. 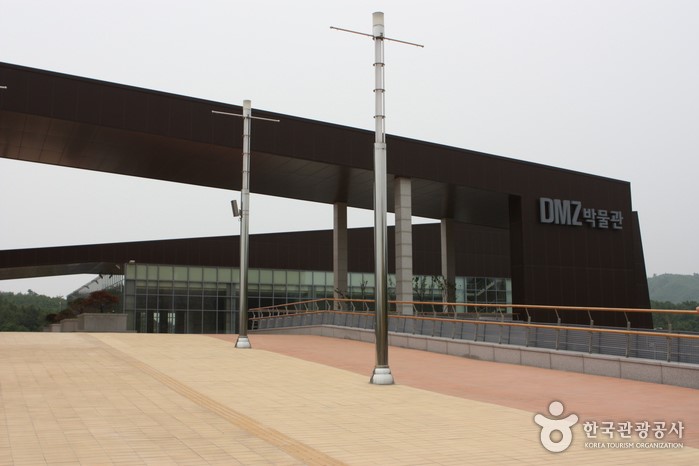 Although the DMZ Museum was established in memory of a painful past, the museum today embraces everything about the latest efforts made to transform the DMZ from a place of political scars to a symbol of peace and ecology.

The museum features exhibition halls arranged under a number of different themes that underscore the historical significance of the DMZ and its value as a treasure trove of ecology for the future. 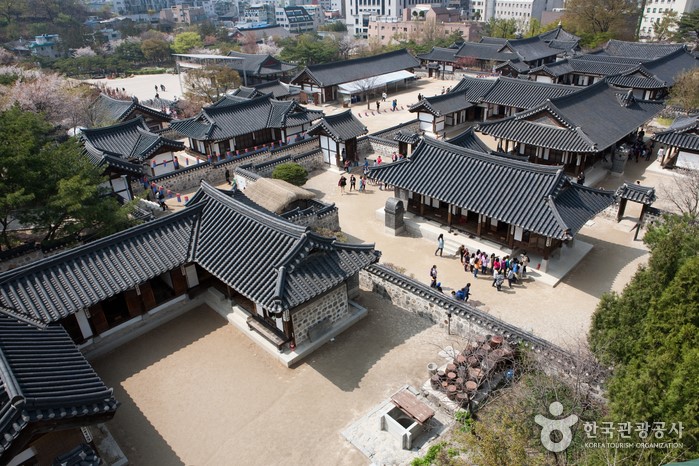 Coming out of Exit 3 or 4 of Chungmuro Subway Station, you will see the normal city scenes of large buildings and bustling streets, but you are also right in front of Namsangol Hanok Village. You may find it interesting that this traditional Korean village is located between modern skyscrapers. This village has five restored traditional Korean houses, a pavilion, a pond and a time capsule as well, making it a perfect spot to take a leisure walk.

When you enter from the front gate, you will see the vast valley and Chunugak Pavilion to the left of a small pond. Beside the pond, there is a large open space where performances are usually held. On the other side, you will see traditional houses. These houses were remodeled after the traditional houses of Joseon Dynasty and belong to those of various social classes, ranking from peasants to aristocrats. The furniture in the houses is situated to help guests understand the daily lives of the past, and the clean, traditional houses, as well as their antique items provide a great photo zone.

On the ground, there are traditional games that you may try such as neolttwigi (seesaw jumping), tuho(arrow throwing) and yutnori (traditional board game).

Don’t forget to catch the traditional marriage ceremony that takes place during the weekends at Bak Yeong Hyo’s Residence. The traditional marriage ceremony is an interesting event for both Koreans and foreigners and many people gather to watch it. Weddings are typically held around 12:00 or 1:00 p.m.; visitors can take pictures with the husband and wife wearing traditional wedding costumes. There is also a time capsule commemorating Seoul’s 600 Year Anniversary that was buried in 1994 and is scheduled to be reopened four hundred years later in 2394. 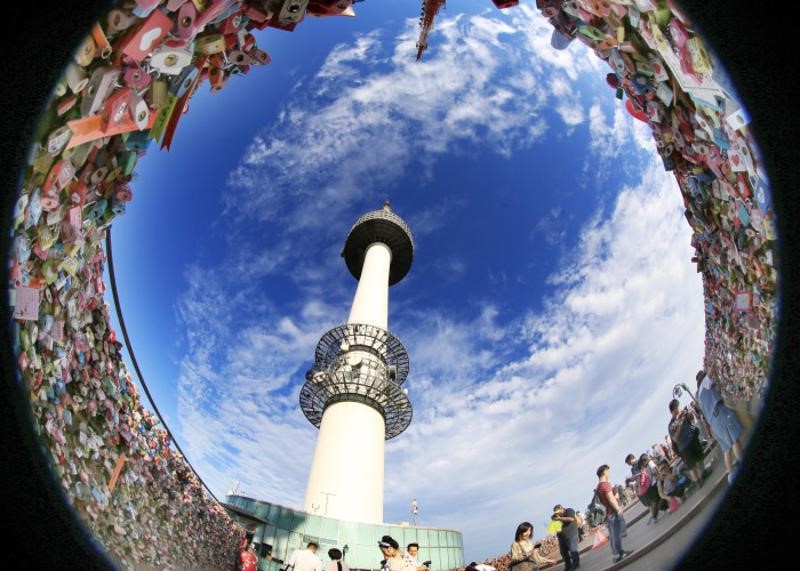 N Seoul Tower was built in 1969 as Korea’s first integrated transmission tower beaming television and radio broadcasts across the capital. Since opening to the public in 1980, it has become a much-loved Seoul landmark. The tower’s main attractions include multi-colored digital art projected onto the tower at night, a digital observatory, a roof terrace, the HanCook restaurant, the n.Grill restaurant, and the Haneul (Sky) Restroom. N Seoul Tower’s mountain surroundings on Namsan (Mt.) have made it a popular place to unwind for locals and tourists alike.

Seoul has a number of viewing platforms where visitors can enjoy the nighttime cityscape or gaze out onto the Hangang (Han-River), but the tower’s Digital Observatory is unique, offering an astonishing 360 degree panorama over the city, and 32 LCD screens recounting the 600-year history of Seoul. That is why the observatory is so popular and such a source of pride.

Situated on top of the N Plaza, the Roof Terrace is a spacious wooden viewing deck whose exotic atmosphere makes it very popular with lovers. A recent attraction for courting couples is “Locks of Love,” thousands of padlocks attached to the fence by romantic Seoulites symbolizing their undying affection. 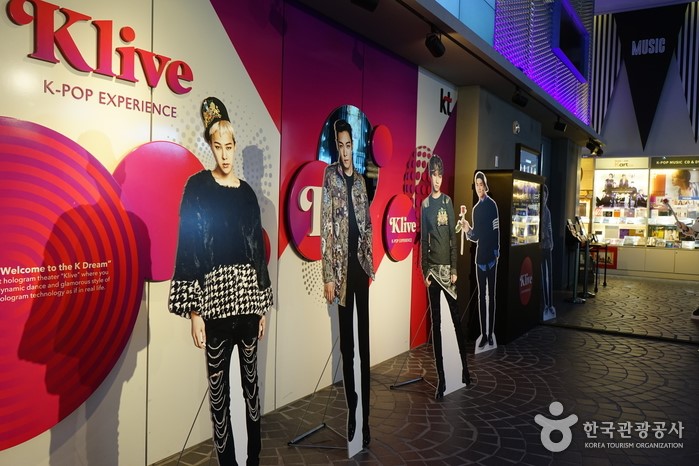 K-live, the world’s first K-pop hologram performance hall invites you to a world of hallyu fantasy. Located on the 9th floor of Lotte FitIn, the hall showcases a variety of K-pop concerts using the best hologram technology. The experience is made even more immersive with the combination of augmented and virtual reality technologies. Audiences can watch their favorite artists projected onto a 270-degree media facade, which is accompanied by a 14.2 channel surround sound system. 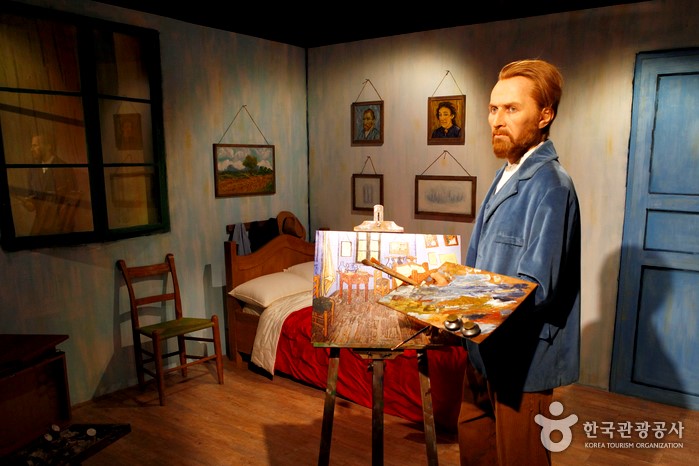 France’s famous beeswax museum, the Musee Grevin, adds the new 4th venue in Seoul, South Korea’s capital after its opening in Paris, Montreal and Prague. The first Asian subsidiary in Seoul is adding a slew of South Korean hallyu celebrities including Psy, G Dragon as well as figuare skating star Kim Yuna. Over 80 wax figures will be presented in themed spaces which also includes the historical figures King Sejong and General Lee Sunshin. 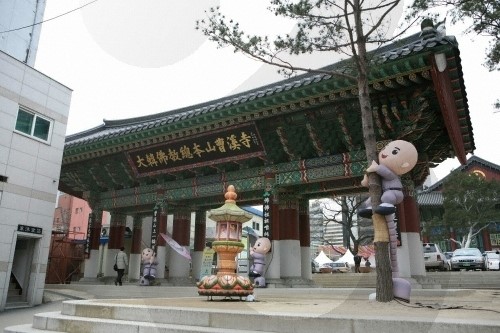 Jogyesa Temple is the center of Zen Buddhism in Korea, and is famous for being located in the city. From the busy streets of Jongno, alongside the road towards Anguk Subway Station, you will see Jogyesa Temple. The first thing you will notice at the temple is the lovely trees. These locust trees and baeksong trees in front of the Daeungjeon, the main temple building, are about 500 years old. One locust tree is about 26-meter high, and in the summer, provides a large amount of shade to enhance the mood of the temple. The Baeksong tree is designated as a Natural Monument. The Daeungjeon building is a stately building built in 1938. The Dancheong is particularly beautiful with all the different colors painted on it, and inside the building is the statue of Seokgamoni. In front of the Daeungjeon building, you can also see a seven-story stone pagoda containing Jinsinsari.

Because Jogyesa Temple is located in the middle of the city, the transportation is convenient, and is well connected to the surrounding areas. It is good for tourists on a tight schedule. Along the street around Jogyesa Temple are many Buddhist specialty shops, selling such things as prayer beads, Buddhist writings, incense, as well as souvenirs such as dolls and key chains. If you are interested in Buddhism, these stores may be worth looking around. 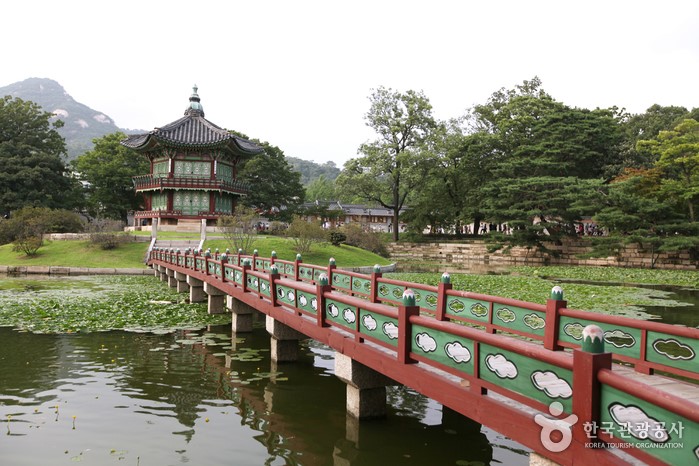 The premises were once destroyed by fire during the Imjin War (Japanese Invasions, 1592-1598). However, all of the palace buildings were later restored under the leadership of Heungseondaewongun during the reign of King Gojong (1852-1919).

Remarkably, the most representative edifices of the Joseon Dynasty, Gyeonghoeru Pavilion and Hyangwonjeong Pond, have remained relatively intact. Woldae and the sculptures of Geunjeongjeon (The Royal Audience Chamber) represent past sculptures of contemporary art.

The National Palace Museum of Korea is located south of Heungnyemun Gate, and the National Folk Museum is located on the eastern side within Hyangwonjeong. 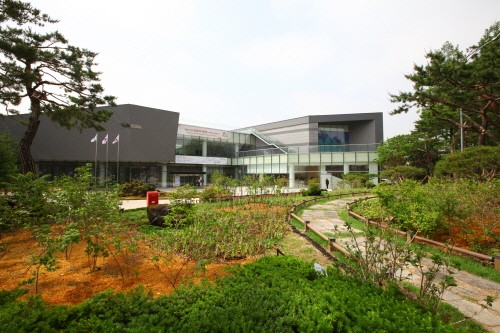 Cheongwadae Sarangchae is comprised of a planned exhibition hall where various special exhibitions are held: Korean culture exhibition hall, Korean food (Hansik) promotion hall on the first floor and Cheongwadae Hall which introduces former Korean presidents and Haengboknuri Hall which presents the future vision of Korea on the second floor.